You will find here a selection of articles already published in French. The decision to translate them into English was motivated by the desire to make our flagship articles accessible to native English speakers. Is tattooing an artistic phenomenon in society? Tattooing history, according to historians and anthropologists, is not easy to locate with exactness in time. Nevertheless, everyone agrees that the process of pigmentation of the skin is an ancestral and universal practice.

It was a mark of belonging to a people (case of the Maori tattoo). It was also used at one time to identify social classes or to define those who lived on the fringes of society.

In the 18th century, tattoos appeared again on the skin of sailors, members of the expedition team of navigator James COOK, influenced by Tahitian customs discovered in the Pacific. The exhibition of tattoos gradually became the object of curiosity in coffee shops and large salons in the national capitals of Central Europe.

First European tattoo studios were opened in the middle of the 20th century, but only became widespread in the 1970s. It is a so-called marginal population, composed of bikers, rockers and punks, who choose to make it a symbol of protest and rebellion. For convicts and drug addicts, tattooing is an act of surpassing oneself or reappropriating one's body.

During the 1990s, tattooing finally took on a more aesthetic dimension. The fans and hobbyists of body decorations are then more and more frequent, including stars of music, cinema, sport...

Its increasing popularity has enabled the equipment and techniques to be considerably improved. And, hygiene conditions are now regulated in some countries. The physiological risks previously incurred are now minimized, making tattooing safer, according to some professionals.

However, tattoos referring to revolt (or rebellion) reinforce the mindset of followers in this field to the point that they end up identifying with reactionary or revolutionary ideologies. This is also true for pigmentation effects that express revenge and hatred. 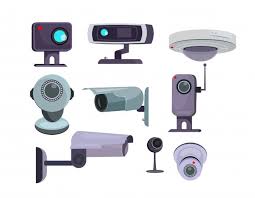 They are self-employed, employees, managers or executives, men spend a large part of their days outside the family circle. That being said, social ties are eventually forged both in companies and in the public or private spaces that he regularly attends as part of his professional activities.

There are many man-made strategies for understanding and managing sensitive or conflictual situations arising from interactions between colleagues or between employees and supervisors. One example is the Karpman triangle, highlighted around 1968 by Dr Stephen KARPMAN. It is a relational scenario that involves at least three protagonists, with different roles but being interdependent: Persecutor, Savior and Victim.

Of course, this dramatic representation and others that highlight manipulation games help to avoid the traps of manipulators or toxic people.

However, in any society, people establish a constructive or respectful relational basis by relying on facts and not by adopting this or that other symbolic posture. Hence the need to take other steps to obtain compensation for damage suffered, to repress misconduct, to feel safe...

Long before the appearance of writing, man already held his own security and that of his family in high esteem. He used to light the fire after eating, not only to warm himself at night, but also to protect himself from possible predators.

Known for his work on motivation, but also on negative emotions such as fear or anxiety, Abraham Harold Maslow (1908-1970), presenting the hierarchy of needs, considered that security needs come second only to them, considered vital: eating, drinking, sleeping...

Today, in the specific context of industrial relations, employers and employees face challenges in terms of the quality of commitment within their organizations. If the former must motivate his staff, establish a relationship of trust with each individual and value his teams, then the latter should adopt the right attitude towards others by ensuring that the balance between private and professional life is maintained while being involved in the success of the project or the development of the company.

When exchange and dialogue are lacking, social unrest sets in. In this case, the social partners are involved. Staff delegates in particular should then work to ensure social cohesion by reminding the parties of the meaning of the action. In the absence of satisfaction among employees, the crisis can lead to discontent, absenteeism, social movements....

Moreover, when one of the members of the organisation feels denigrated or is the victim of an unacceptable attitude, the absence of an internal solution can lead to a confrontation of the protagonists in the administrative judge. The complainant must then prove that the repetitive nature of the inappropriate words (or actions that leave something to be desired) has violated either his dignity or his physical or psychological integrity. That is the crux of the matter. A cry resonates in the depths of our connected society: help technology!

2-1 Technology as a deterrent

Video monitoring, geo-posting and other advanced technologies have increased in importance in recent years. In the past, they have been used by public authorities to deter acts of violence in public spaces and to monitor the actions of offenders linked to organized crime. In recent years, these technologies have also become part of the life of companies. They are used either to protect employees, to secure workspaces or to control the behaviour of certain employees at their workstations.

Popularizing these tools in the workplace would certainly limit incivilities, verbal aggression or derogatory remarks between colleagues.

The social partners and company management could reflect on the use of technology in labour relations and see what would be best for them and how this could be implemented.

2-2 Technology as a File Document

Voiceprint, camera and virtual environments are options found in most of our mobile phones. If properly exploited, these technologies, considered from the point of view of the production of evidence or perceived as arguments for constructing legal reasoning, would certainly contribute to the exercise of judgment. Next selection of texts to be translated: end of March 2021